The newest Roomba gets smarter as it vacuums – TechCrunch


The Roomba is easily among the most ubiquitous robots in the world — but it has never been one of the smartest. On the whole, that’s not a major issue. The top-selling vacuum is good at what it does: cleaning floors. But a roboticist’s work is never done; iRobot has turned the vast majority of its attention and resources on the line for good reason, and the company has spent virtually every generation improving the robot’s ability to perform its very specific task.

This time out, that means using on-board sensors to remember areas of the home and layout, along with areas that need a little extra cleaning time.

“We’ve turned on continuous learning, so that if you’ve changed things in your home, Roomba will figure it out,” CEO Colin Angle tells TechCrunch. “If you open a door that you’ve never opened before, the Roomba will go explore it. If you moved a couch, it will understand that the home is a bit different than it used to be, and that’s okay. The information that we’re gathering grows in richness.” 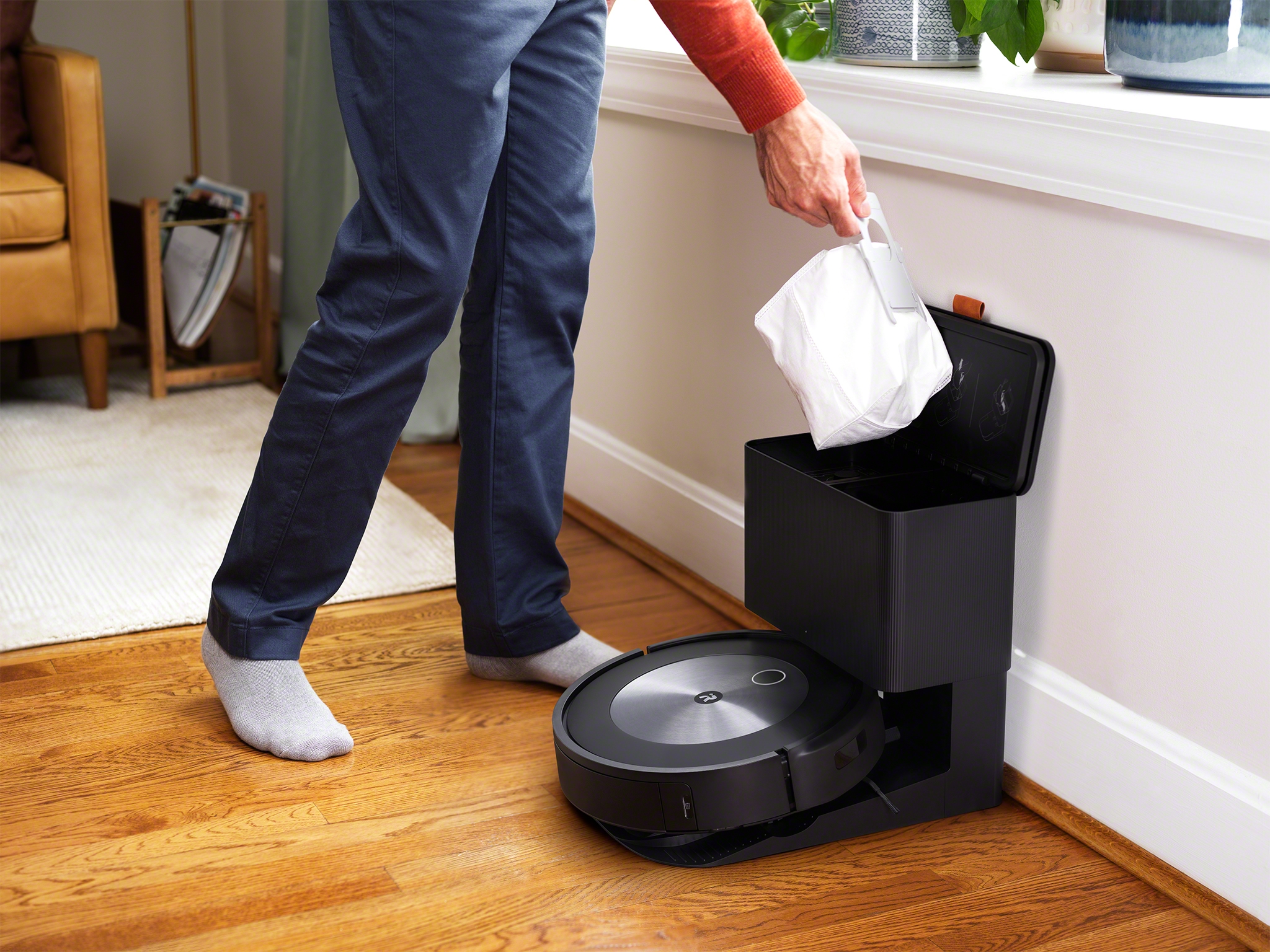 The other big piece of that puzzle is identifying and avoiding specific objects. The company says it has worked on identifying hundreds of potential objects, but is starting with two specific problem areas: cords and poop. Both are big potential problem areas for a robotic vacuum system, albeit for dramatically different reasons. In either case, you don’t want to have to get down on your hands and knees and deal with the fallout.

In the case of the former, iRobot made an acronym — and a guarantee. With Pet Owner Official Promise (P.O.O.P.), the company says it will replace any j7+ that runs over animal dookie. (Fine print: Offer valid for 1 year from purchase and covers replacement product only. Available in limited jurisdictions, additional terms and conditions apply.)

“You can Google this and see some not so pleasant examples of robots running over poop,” says iRobot’s director of Product Management, Hooman Shahidi. “We’ve solved this problem with consumers. If we see animal poop, we avoid it and inform the consumers that we saw it.” 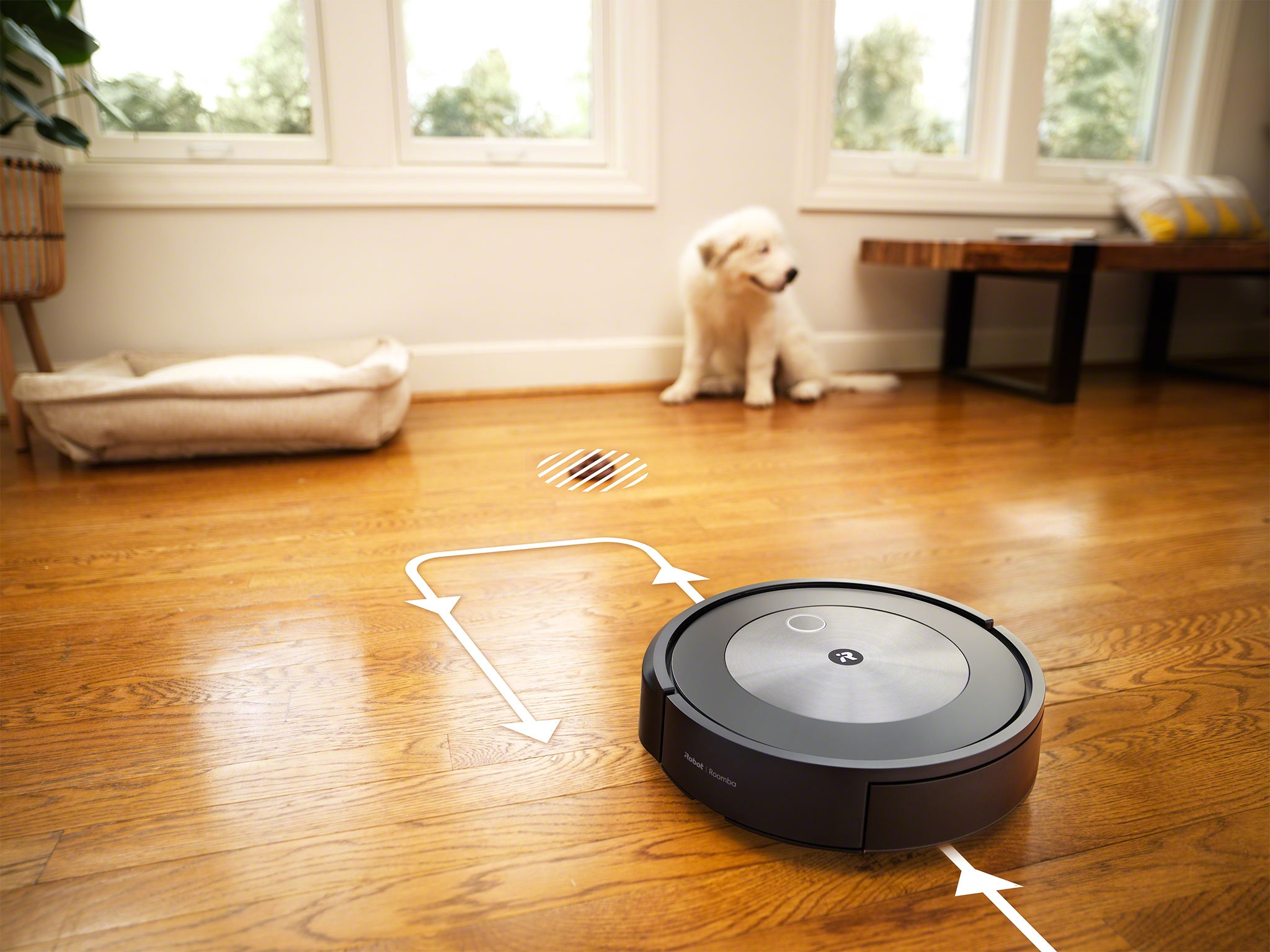 Angle adds, “The glorious career of roboticists may not have been fully realized when we were sending people home and creating hundreds of models of poo. Sending people around to photograph and create synthetic models of poo. I don’t know how many tens of thousands of images of all different shapes and sizes of synthetic images were required, but this is not demo code, clearly. We can’t do pee. It has to have some 3D aspects to it, but it is something we believe you can count on for the robot to identify and avoid.”

The third piece is scheduling, with the system adapting to a user’s activities. That could mean cleaning while you’re away (using your phone as a trigger for proximity) or making sure it avoids rooms you’re in. If the robot has to traverse the house, it will drive quietly and not start up until it actually begins its job. The system also now offers a clean-time estimate to let the user know how long the job will take.

The j7 is available now in the U.S. and Canada for $649. The j7+, which includes a more compact cleaning base, will run $849. They’re also available in Europe and will be rolling out to additional markets next year. Genius 3.0, meanwhile, will be available as an OTA update for the rest of the company’s connected robots.