The Realme GT Neo2 arriving on September 22 was rumored to come with a Snapdragon 870 SoC, 5,000 mAh battery, and 65W charging. And these specs have now been officially confirmed by Realme as it shared a couple of posters on Weibo to build hype around the new GT smartphone. 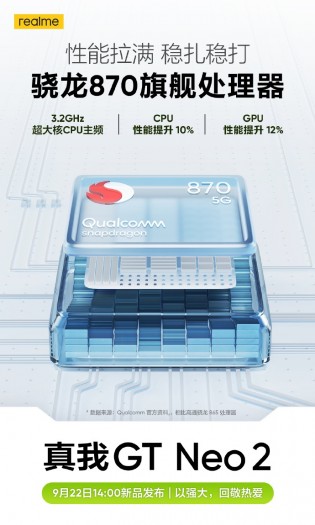 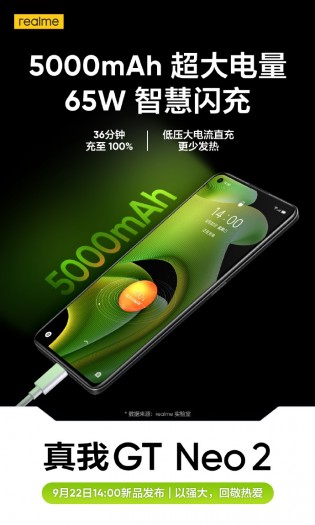 One of the images shared by Realme also shows us the GT Neo2’s front side, confirming a punch hole display, which is rumored to have a 120Hz refresh rate.

Around the back, the smartphone has two flash modules and three cameras, with the main unit using a 64MP sensor.

One of the colors the GT Neo2 will be sold in is Black Mint, which was teased yesterday by Realme. Its back panel is covered with AG Glass and has a satin finish.

The selfie shooter is rumored to use a 16MP sensor, while the 64MP primary camera on the rear is expected to be joined by 8MP ultrawide and 2MP macro units.

The New Apple iPhone 13 Has One Very Underrated Upgrade